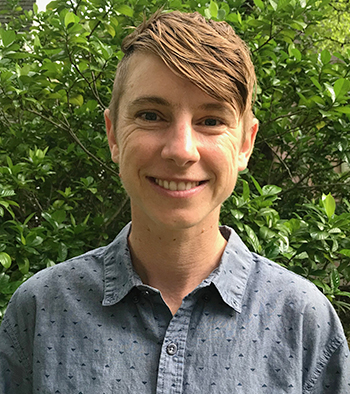 The first portion of the presentation highlighted current APA projects and recent publications aimed at providing greater resources and training around issues of climate resilience, beginning with the Multihazard Planning Framework for Communities at the Wildland-Urban Interface. This guidebook identifies the common risks faced in wildland-urban interface areas and a range of planning interventions that can be used to reduce those risks, providing multi-scalar guidance and planning system audit tools that can be used to identify gaps and potential areas for improvement in local codes and regulations.

Another APA resource aims to address the challenges presented by gaps in information about climate change at the local scale. Using Climate Information in Local Planning provides guidance on how to build climate knowledge and capacity and how to use global and regional climate data at the local level to make the case for adaptation actions. PAS 596: Planning for Infrastructure Resilience hones in on infrastructure issues, providing a road map for planners and allied professionals on how to bridge existing gaps between community planning, infrastructure planning and climate change science and adaptation planning.

DeAngelis concluded his portion of the presentation by speaking about the Plan Integration for Resilience Scorecard (PIRS). The PIRS framework – developed by Jaimie Masterson, UNC’s Phil Berke and others – has been formally adopted by the APA, where it will become part of their nationally scaled education and training programs and recommended as best practice in future APA research. Moving forward, AICP certified planners will learn about resilience planning as a core part of their training, just as they do planning law and ethics.

In her portion of the presentation, Masterson took us on a deeper dive into what PIRS is and how it works. PIRS seeks to address the problem of poor plan integration, specifically when it comes to mitigation and resilience. Communities have a range of different plans, but they tend to be very siloed. Mitigation is often approached as a separate plan, resulting in conflicting goals across plans. Masterson held up the example of a municipality in New Jersey hit hard by Sandy. They had a hazard mitigation plan with a clearly mapped blue zone indicating repetitive flood loss, but their comprehensive plan did not incorporate that flood risk in their land use plans. PIRS seeks to locate and identify these areas of incongruence by mapping out a community’s plans, policies, risks and vulnerabilities in order to highlight areas where risk and vulnerability are high and mitigation policy integration is low.

In the Q&A following their presentation, they were asked if PIRS could be used in low-capacity communities where budgets and staff are already spread thin. The answer was a resounding yes. Masterson, whose main job is supporting low-capacity communities in doing planning work, shared that the general approach to PIRS is to use what you’ve got to identify even small changes that can be made to get the ball rolling towards resilience in your community. DeAngelis reiterated this point, saying it doesn’t have to be everything or nothing – the idea is to take small iterative steps toward greater resilience where possible. The PIRS Guidebook is used to aide community planning with the Scorecard.

I believe there is immense value in having something like PIRS integrated into planning training at a national level. Elevating this resource to a national platform will help to build a better understanding of resilience planning among certified planners, regardless of the type of planning they do. With more planners trained in resilience planning, the work of plan integration will, in turn, be that much easier. If the people writing subdivision ordinances and transportation plans already have a baseline understanding of hazard risk and resilience planning, then those plans will be that much less likely to conflict with mitigation plans.

This will be particularly impactful for small and mid-sized municipalities that are unlikely to have a designated chief resilience officer or other resources and staff leveraged explicitly toward resilience goals. In addition, there are a wide range of potential co-benefits beyond hazard mitigation and resilience. Plan integration could lead to more efficiency, less redundancy, and pave the way for municipalities to develop in ways that better align with their values and priorities, rather than having plans that work at cross purposes. As Masterson pointed out in response to a question about communicating climate change to non-believers, it’s not just the public, but also sometimes planners themselves, who are in the dark on the types of changes and risks that their communities will increasingly have to confront in the years ahead. I am hopeful that APA adoption and dissemination of the PIRS framework will begin to turn the tides on that.

Fern Hickey is a master’s student specializing in Land Use and Environmental Planning at UNC’s Department of City and Regional Planning. Hailing from a professional background in small-scale sustainable agriculture, her current studies focus on climate change adaptation, hazard mitigation and community resilience.