Dr. William Hooke: Resilience in the Era of Climate Change 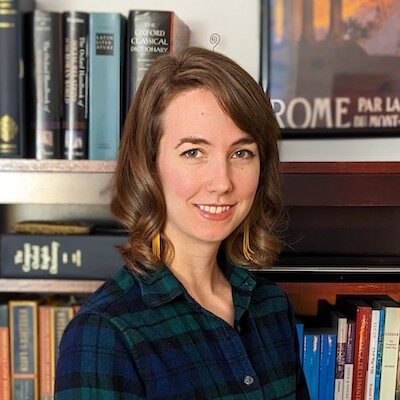 The Spring 2022 Natural Hazards Resilience Speaker Series began with a lecture by Dr. William Hooke, who emphasized the precariousness of humanity’s current position given that the instances of natural hazards will only increase, and likely in unpredictable ways – but his lecture also exuded optimism. I was struck by his faith in younger generations to effect change and move toward a hazard-resilient future.

Dr. Hooke’s outlook on the future of the planet could seem rather grim. According to his talk, hazards will be more extreme than we expect; pollution and environmental degradation will be “rampant;” there will be shortages of vital goods like food, water, and energy; and climate change of any kind will be “bad” because of how attuned our civilization is to current conditions. However, despite the many ways he anticipates natural hazards will threaten us, he maintains that there is hope to be found in younger generations. Though I believe he would include himself in what he refers to as the older generations, he noted emphatically that “older people will be “wiser” but will have “the wrong kind of experiences” to tackle all of the changes and challenges that are imminent. I heard his lecture as a call to action, or at least a call to heed the voices of scientists and public figures who are both sounding the alarm of the need for change and offering actionable strategies to reduce future harms.

One such figure is Pope Francis. In his second encyclical, Laudato si’ (subtitled “on care for our common home”), the Pope lays out a moral argument for reducing the effects of climate change. His primary audience is people of the Catholic faith, but his influence extends well beyond Catholics. The document is an excellent example of a member of the “older” generation is using his position and influence to persuade adherents. In the encyclical, Pope Francis constructs an argument for climate change action on a foundation morality and ethics not at all exclusive to Christianity. Pope Francis argues, among other things, that the people on Earth who are least able to insulate themselves from the effects of climate change are the most likely to suffer its gravest harms. The rest of us, therefore, have an obligation to act in whatever way our skills permit. 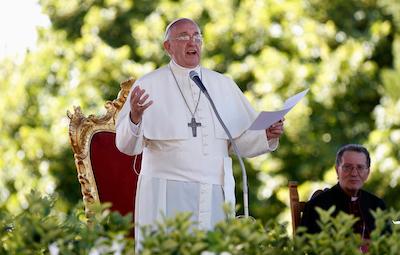 As Dr. Hooke spoke of the encyclical, I thought of how the document and the lack of change resulting from it raise a fundamental question: how can people in positions of power and influence drive real change? I think it is essential that powerful voices like the Pope’s be heard as they advocate for change, but such speech does little without an audience willing to act. Around the world, activists, political leaders, and faith leaders call for action, but at the same time policy change stalls over short-term financial and political interests. Dr. Hooke alluded to the problem in his lecture, emphasizing that the real solutions will lie in policy change, not just technological innovation. As today’s young people begin to step into the world of industry and politics, how will they drive change? Will they acknowledge the moral imperative of climate change mitigation, even when it requires difficult decisions?

There is, of course, no clear-cut answer to this question; the specific changes that are to come are as unpredictable as the future of natural hazards. But Dr. Hooke offered breadcrumbs that we might follow to a more resilient future: shift our focus from “redistribution” of harm to “mitigation.” Build awareness. Gather experience, take notes, and learn from it. Change policy, and make better land-use regulations and resilient infrastructure. In each of these pieces of advice, I see another theme. Perhaps, just as humanity has a moral and ethical obligation to take action on behalf of those who cannot (and who will suffer most), those of us who have the resources and ability also have an obligation to gather skills and knowledge to drive change. We must heed Dr. Hooke’s admonitions to bear in mind and protect the most vulnerable among us, to learn from our experiences past and present, and to invest time and resources where they can make the greatest impact: policy change that shifts the model of resiliency to truly equitable recoveries and to meaningful reduction of harms.