Engineering With Nature: Pursuing a New Arrangement with Nature 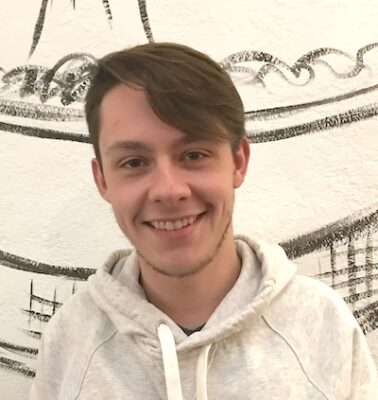 On February 15, 2022, the Natural Hazards Speaker Series class, hosted by the Department of City and Regional Planning, had the delight of hearing from Dr. Todd Bridges, the U.S. Army’s Senior Research Scientist for Environmental Science. Dr. Bridges’ presentation, “Engineering with Nature: Pursuing a New Arrangement with Nature”, began with a general overview of where we currently are with living with different kinds of hazards. To begin, Dr. Bridges explained what he calls the “Multi-Hazard World” in which we live with all kinds of different hazards whether they be industrial, climatological, or man-made/caused. Further, Dr. Bridges put into perspective just how much loss we incur by explaining that, since 1980, there have been 310 weather and climate-related disasters that have each totaled one billion dollars in damages for a combined total of 2.2 trillion dollars.

After the introduction to disasters and where we stand today, Dr. Bridges took students on a journey through time as he discussed one of the earliest disasters affecting life In America: the drought of the Jamestown Settlement. This example was used to show that disasters are not a new phenomenon to the American people. Next on our trip through earlier history, we arrived at the San Joaquin Valley circa 1770. While the valley is still one of California’s greener areas today, in the 18th and 19th centuries, the valley was home to a myriad of rivers, wetlands, and other water features. Specifically, Dr. Bridges spent time speaking on Tulare Lake because it stands out as one of the earlier examples of how engineering with nature can change the physical landscape. What was once a lake of almost 800 square miles no longer exists today due to the construction of a series of dams across rivers that fed into the lake during the 20th century.

Moving along, Dr. Bridges spoke more on the 20th century, or what he called the “century of infrastructure”. Here, he dives into how humans used man-made infrastructure as a means of hazard mitigation and adaptation. Dr. Bridges gives specific numbers related to different types of infrastructure that came from this period: some examples include 90,580 dams; 4,071,000 miles of roadways; and 614,387 bridges. These construction projects caused a dramatic shift on not only the landscape, but the natural processes that occur across the physical landscape.

Finally, we come to a few examples of recent projects the Army Corps of Engineers have been working on and the overall thought process that underlies these projects today. Engineering with nature, today, consists of nature-based solutions which are used to “conserve, restore, and engineer nature for the benefit of nature and people.” For example, Bridges notes how trees can be used as infrastructure for cooling and air quality purposes.

Before this lecture, I was personally skeptical of how things were going to go. I entered with questions such as: Have humans not had a notorious history of interfering with nature? Where is the balance between engineering and controlling? Where do we draw the line at what we know we should or shouldn’t do with nature? However, Dr. Bridges made it clear from the beginning of his talk that the work that the Army Corps of Engineers does focuses solely to create more efficient processes in nature for its own benefit and for ours. I found this to be important because I did overlook the fact that we have necessary technology and means to create scenarios in which nature can perform its natural processes more efficiently. Dr. Bridges also illustrated this in the example of the Horseshoe Bend Island in the Atchafalaya River where the Army Corps has created a situation in which the river can more effectively offload its sediment on its own with no need for constant dredging. To conclude, I found Dr. Bridges to be a very knowledgeable guest with much real-world experience to back his presentation. I thoroughly enjoyed the presentation and it opened my eyes to a new perspective in which humans can engineer nature in ways that help both them and nature itself.